Hello Everybody!
Sorry I have been completely useless at blogging for the last while, I been so preoccupied with all my reading and essay writing on for my Open University course I have had zero bloggy inspiration for the past few weeks. 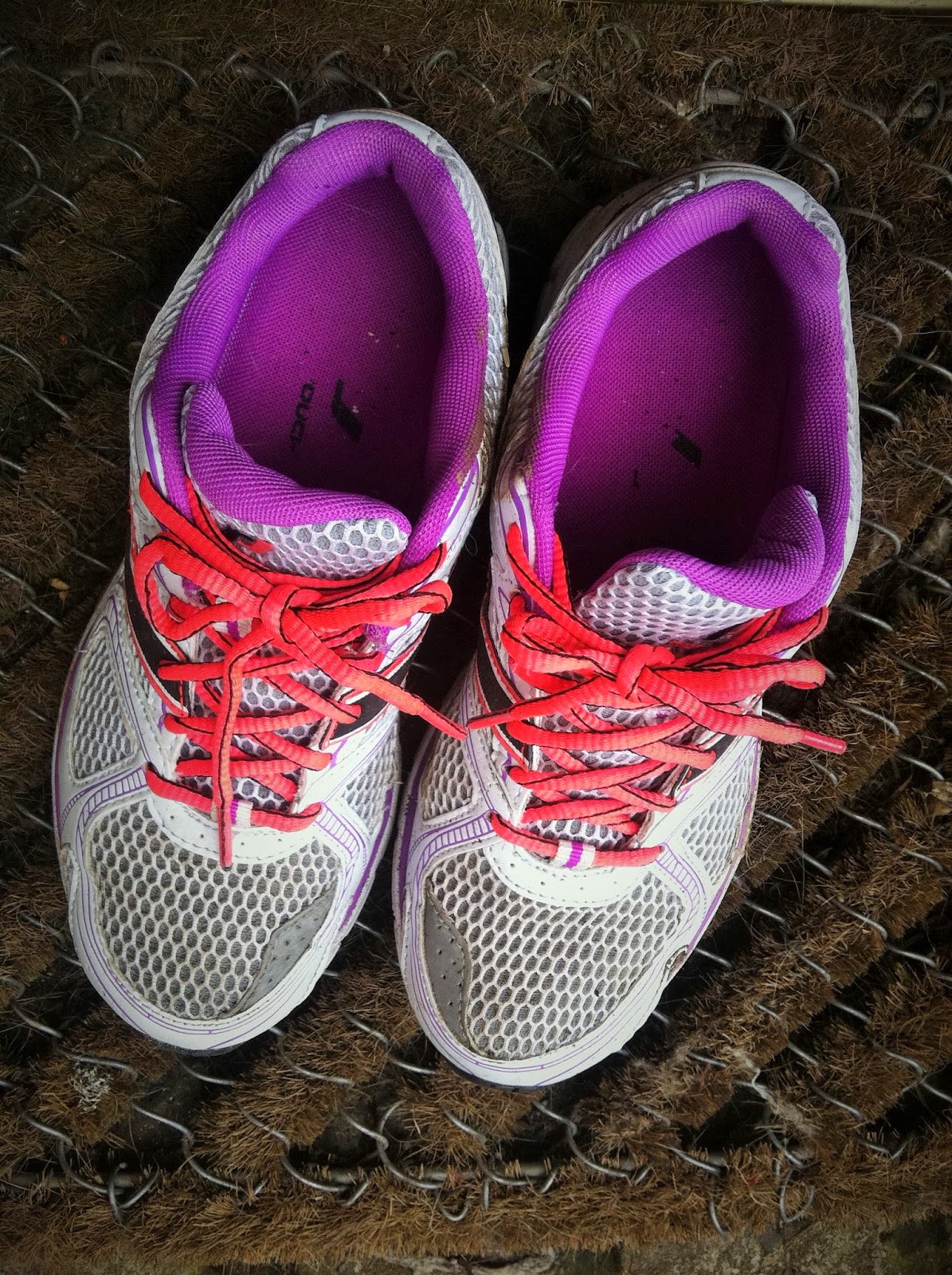 Last Friday, was an interesting day however, well in my head anyway! First of all I had a fantastic walk with the doggy while the eclipse was in full flow. At first the skies were completely shrouded in thick grey cloud, I was so gutted as I was so excited about finally getting to see this amazing phenomenon. Then, all of a sudden a small chink of blue appeared and then another and then wonder, there was the sun with the characteristic scoop taken out of her side. For a good twenty minutes or so the clouds would obscure and reveal, obscure and reveal. I missed the totality of the eclipse but it was such a treat just to see a tiny glimpse of these two ancient celestial bodies moving in such beautiful alignment.  It was so strange walking in the fields, in a morning twilight and so eerily quiet until the birds began to sing again.

So energised after all that, off I trotted to have my gait analysed and buy some running shoes in my local sports shop. I am going to attempt the Couch to 5k challenge, do you remember I wrote about it here? I was rather depressed by the uncouth sight of my too large bottom on the treadmill and was dismayed at the diagnosis of flat feet and a duck-like walking style. I firmly resisted the in-the-sale 80 euro trainers despite the "Vertical flex groove [which] decouples the tooling along the line of progression for enhanced gait efficiency". and went for the cheapest support available.

In fairness, the guys in the shop were incredibly helpful and very tactful about my feet and the hole in my sock which had embarrassingly appeared despite careful inspection before visit to said shop! They also gracefully ignored my almost involuntary outbursts of 'How much?! and too loud cynicism about certain aspects of the high tech shoes. I did not buy the recommended insoles but given the regular pain in my feet and back I am very tempted to give them a try.

That evening, with some butterflies in my tummy off I went for my first run -do you know what it wasn't too bad! I nearly gave up after about four of the 6, 60 second jogs but pod-cast Laura was very supportive so I did manage to make it till the end. Rosie the Labrador was very excited about this night-time running malarkey but was a bit annoyed that I wouldn't stop to let her sniff and scavenge. I did have to pause the run to pick up the most enormous dog mess and find a bin and she practically dislocated my shoulder as she tried to make off in the totally opposite direction to murder a cat.

To be perfectly honest, it wasn't that much fun but I was pleased that I did manage the Week 1 plan -but only just! Today, I went out for the second of the three Week 1 runs and found it much much harder barely making it to the end of the jogs but strangely I find myself looking forward to the next run. I think the breakdown of the exercise plan into weeks and the split between walking/jogging make this plan a really realistic expectation for someone like me who has never exercised regularly. Phew, I am tired though perhaps I will spend the rest of the afternoon reading with some banana bread on the sofa, recovering and drinking water. I am going to leave you with some sweet little wild primroses that I found in the fields this morning. How are you all enjoying these first few days of proper Spring? x 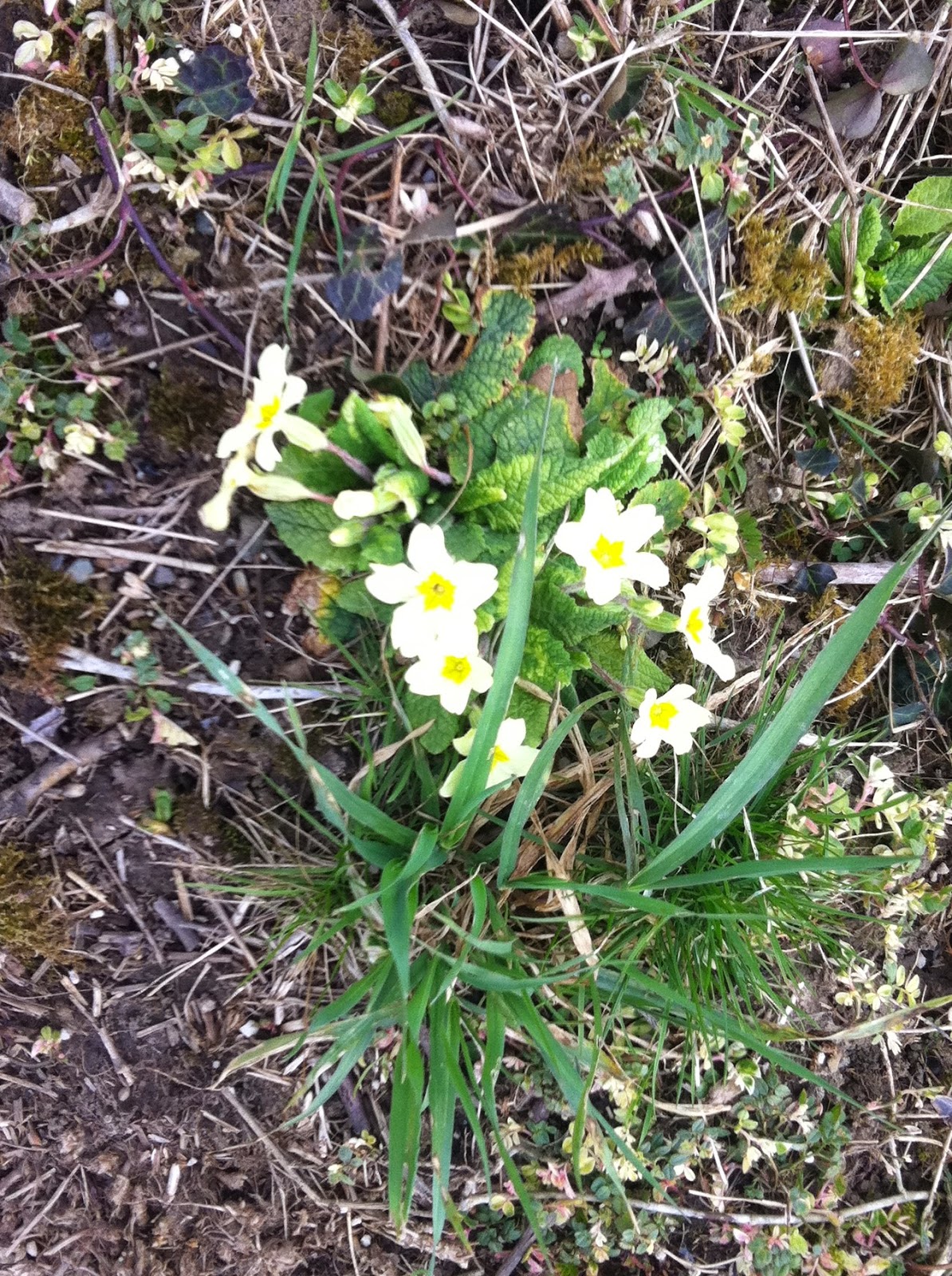 EDIT-Couch to 5K Details.
Week 1
For the runs in Week 1, you will begin with a brisk 5-minute warm-up walk, then you will alternate 60 seconds of running, with 90 seconds of walking, for a total of 20 minutes. http://www.nhs.uk/Livewell/c25k/Pages/get-running-with-couch-to-5k.aspx
Posted by Linnet In Oriel at 06:31

Linnet In Oriel
Hello. Thank-you for visiting my blog. It is a little snapshot of my life as I approach a new stage of family life, as a stay-at-home parent to two school children! I am studying with the Open University as well as attempting to learn the violin and explore the world of crafting and thrifting for treasure! x